8 SOLAR ENERGY FACTS THAT MAY SURPRISE YOU! | PBOX

8 SOLAR ENERGY FACTS THAT MAY SURPRISE YOU! 1.     Solar is now the cheapest and most abundant energy source in the world

In December 2016, the cost of building and installing new solar electricity generation dropped to $1.65 per watt, narrowly beating out its renewable counterpart wind ($1.66/Watt) and its fossil fuel competitors.

2.    Over a million solar systems have been installed in the U.S. alone

In early 2016, the millionth solar system was installed in the U.S., notching a milestone that took 40 years for the photovoltaic industry to reach. However, the more notable story that came with this achievement is the forecasted timeline for the next million installations, which is expected to happen in the next two years.

Solar panel efficiency levels have been increasing as quickly as solar costs are declining, In 2018, homeowners can get affordable quotes for solar panels in the 20 to 23 percent efficiency range anywhere in the U.S.

4.    Homeowners in the U.S. have achieved breakeven with solar in as short as 3 years

6.    Aeroplanes can fly around the world while running entirely on solar energy

In early 2016, the Swiss pilot and professional explorer departed from Abu Dhabi in the famous aircraft known as Solar Impulse II, making this much anticipated worldwide return in July. 7.    Homeowners don’t have to install their own solar panels to go solar

People are often surprised to learn that going solar does not necessarily involve installing solar panels on your property. In 2018, the concept of shared solar or community solar – the idea of installing a massive solar farm from which hundreds or even thousands of people can source their electricity – is really taking off.

A number of well-regarded brands have entered the solar storage space (including Tesla, LG, and Mercedes) and new competition and innovation are causing the cost of solar storage to plummet. In 2018, homeowners can purchase solar-plus-storage systems and be completely energy independent. 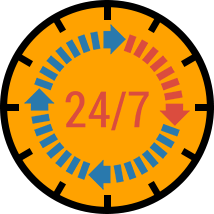 There are still many misconceptions about lighting technology.